Freedom Readers: The African American Reception of Dante Alighieri and the Divine Comedy (2011) 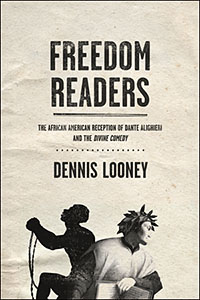 The William and Katherine Devers Series in Dante and Medieval Italian Literature, Volume 12

In many ways, the African American reception of Dante follows a recognizable narrative of reception: the Romantic rehabilitation of the author; the late-nineteenth-century glorification of Dante as a radical writer of reform; the twentieth-century modernist rewriting; and the adaptation of the Divine Comedy into the prose of the contemporary novel. But surely it is unique to African American rewritings of Dante to suggest that the Divine Comedy is itself a kind of slave narrative. Only African American “translations” of Dante use the medieval author to comment on segregation, migration, and integration. While many authors over the centuries have learned to articulate a new kind of poetry from Dante's example, for African American authors attuned to the complexities of Dante's hybrid vernacular, his poetic language becomes a model for creative expression that juxtaposes and blends classical notes and the vernacular counterpoint in striking ways. Looney demonstrates this appropriation of Dante as a locus for black agency in the creative work of such authors as William Wells Brown, the poet H. Cordelia Ray, Richard Wright, Ralph Ellison, Amiri Baraka, Gloria Naylor, Toni Morrison, and the filmmaker Spencer Williams.

Looney fruitfully suggests that we read Dante's Divine Comedy with its African American rewritings in mind, to assess their effect on our interpretation of theComedy and, in turn, on our understanding of African American culture.

Dennis Looney is professor of Italian at the University of Pittsburgh.