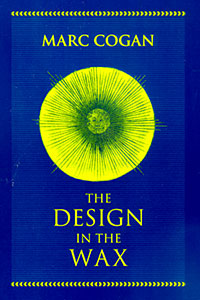 The William and Katherine Devers Series in Dante and Medieval Italian Literature, Volume 3

The most important clue to an understanding of the Divine Comedy lies within this volume. The Design in the Wax recovers the specifically medieval interpretation of the structure which underlies each part of the poem and the poem as a whole, and shows readers how to discover the single consistent principle which organizes each part and the overall narrative.

The incidents of the poem would remain hopelessly ambiguous were it not for the philosophical and theological distinctions embodied in the structure of the narrative, in whose light it is possible to reduce the ambiguity of concrete incidents to their intended allegorical content. Through medieval interpretations of Dante's sources, Marc Cogan discovers a single consistent moral and theological principle organizing each of the sections of the poem and its overall narrative. He argues that, using one common principle, Dante brings the separate allegories of the Inferno, Purgatorio, and Paradiso together into one great allegory, making the transformation of the principle into an ordered set of variations on the theme of love and its representation in human beings as the image of God. This allegory, he points out, provides a meditation on the nature of God and the capacities of human beings.

The Design in the Wax is a thought-provoking tool for all students of the Divine Comedy interested in studying Dante's calculated use of poetry to overcome the limits of human understanding.

APPENDIX 1: Two Matters from the Inferno
APPENDIX 2: The Antepurgatory
APPENDIX 3: Associating Persons of the Trinity with the Angelic Order

MARC COGAN is Associate Professor in the Department of Humanities at Wayne State University in Detroit. He is the author of The Human Thing: The Speeches and Principles of Thucydides' History.